Nigerian Govt To Roll Out 5G Network In January 2022

Neymar has slammed the decision to award Barcelona a first-half penalty as ‘a joke’ – but quickly deleted his tweet soon after.

The PSG superstar is having to watch the Champions League clash from home after picking up an injury in a Ligue 1 game against Caen.

While the French champions went on to earn an impressive 4-1 win, they were on the wrong side of a controversial call early on, when Frenkie de Jong was adjudged to have been fouled by defender Layvin Kurzawa in the box.

The Dutchman made a darting run into the box before his legs were accidentally clipped by Kurzawa, which left Bjorn Kuipers with little option but to point to the spot.

Lionel Messi successfully converted the spot-kick to give Barcelona an early advantage in their first leg.

The incident left Neymar baffled at how the decision could be given, which saw him take to Twitter to give his followers his reaction.

Neymar tweeted with a load of laughing emojis: ‘Joke that penalty,’ before he swiftly deleted the post. 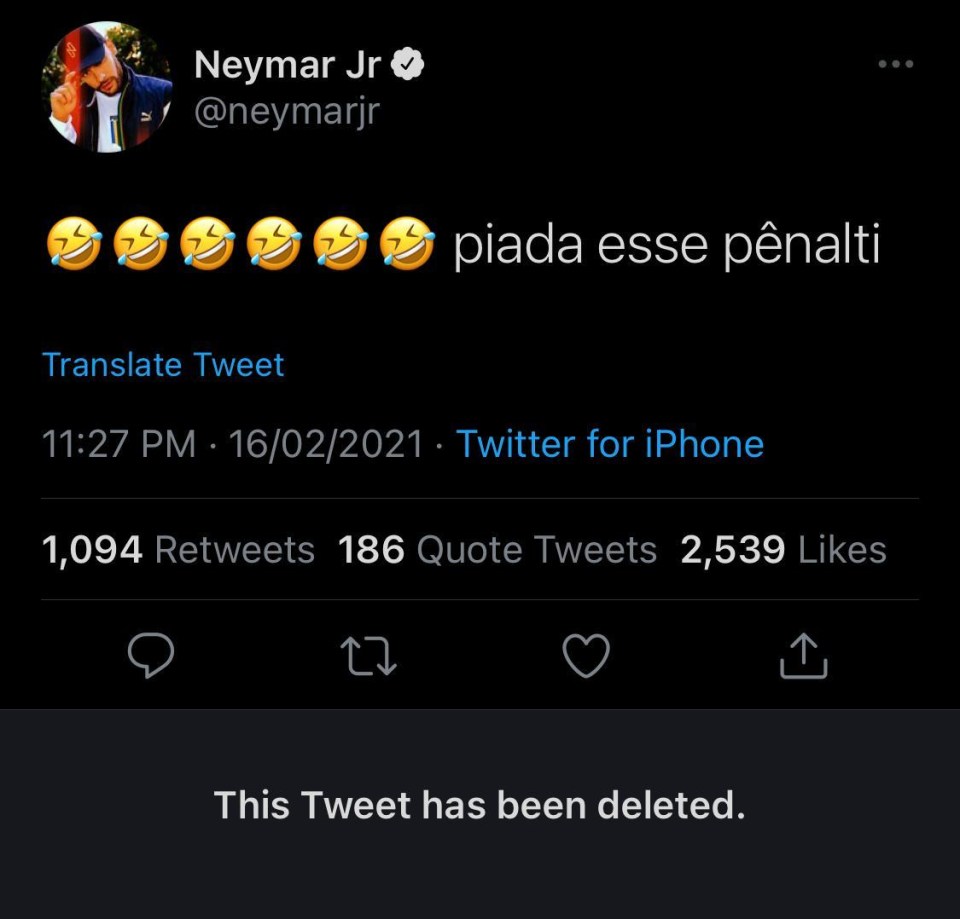 While it was a disappointing blow for the visitors, Mauricio Pochettino’s side answered back as quickly as Neymar deleted his post, after Kylian Mbappe equalised with a brilliant bit of skill and finish.

The Parisians then took control of the tie with a second away goal, with Mbappe again seeing off a fine move.

Moise Kean then added a third with a brilliant header before Mbappe completed his hat-trick to put the tie all but beyond the hosts.

{INTERVIEW} Meet Ebenezar Wikina, The Young Nigerian Who Made A US University Change Its English Proficiency Policy