Nigerian Govt To Roll Out 5G Network In January 2022

Willian became the latest player to be racially abused on social media in the wake of Arsenal’s 1 – 1 draw against Benfica in the Europa League on Thursday night.

The 32-year-old Brazilian, who joined the Gunners from Chelsea in the summer of 2020, has seen his form drop off massively this season as his goal drought continued into 24 games despite coming on as a 90th minute substitute.

The former Chelsea winger had on Friday, posted on his Instagram story the abuses he received from two different users.

Willian posted the abuse, saying: ‘Something needs to change! The fight against racism continues’, before later saying ‘One more’ alongside a screenshot of the second thread. 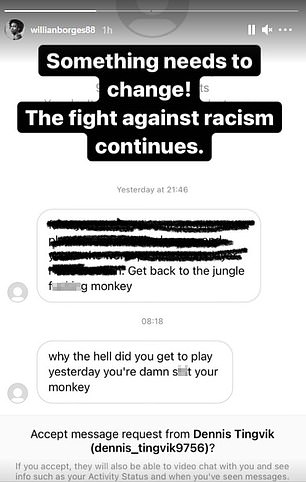 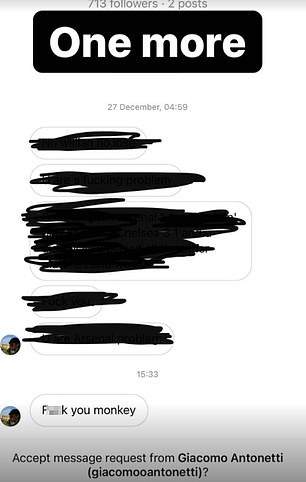 The sneer comes on the same day his teammate Eddie Nketiah was urged to leave Arsenal in a racist post replying to a training picture he posted on Twitter ahead of Benfica clash.

{INTERVIEW} Meet Ebenezar Wikina, The Young Nigerian Who Made A US University Change Its English Proficiency Policy